Positioning your Camera for a Wedding Live Stream 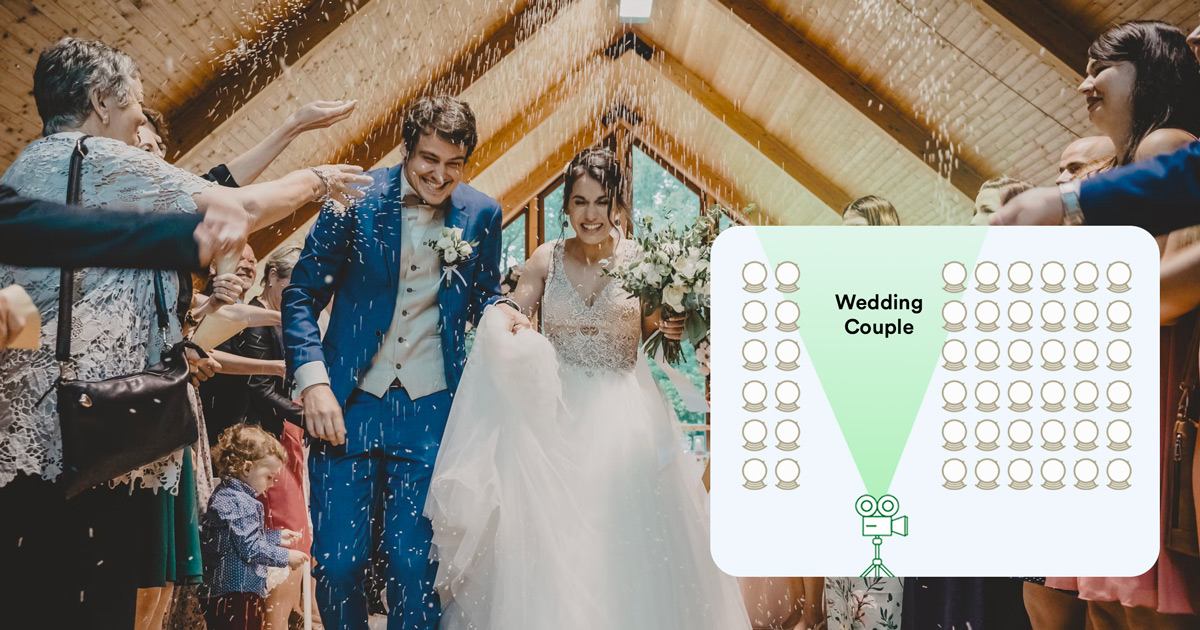 Choosing where to place your camera during a wedding live stream is very important. Since I’ve photographed hundreds of weddings and streamed dozens of them, I think I’m qualified to help you achieve the best results.

I’m going to assume you have a single camera or smartphone at first, and then give you a few pointers in case you’re using a second one.

First of all, you need to think about the different stages of a wedding ceremony:

Depending on your setup, you can move around when stages change, or you can keep a static image that is enjoyable to watch.

Where to position your camera for a traditional wedding?

For a church or temple processional, there are a few options.

The first one works great if you're live streaming the event while performing another task, such as doing photography as your main job. It would allow you to place the camera on a single location without moving it back and forth. It's not the best option, but it is the easiest one.

The second option involves moving around, which is easy to do if your main job is to live stream the wedding ceremony.

You need to position yourself next to the priest/rabbi/officiant or as close to him/her as possible. This will allow you to see everyone walking down the aisle, and you would have the groom standing on your left side the entire time.

Once the bride walks in, you want to hold this position to be able to capture the groom’s reaction, as well as the bride walking towards him. For a single camera setup, I’d say focus on the bride most of the time, as you will be able to see the groom's face when she approaches him at the altar.

As you might already know, the bride usually stands on the left side. What you might not know is that this comes from a very dark background in which the groom had to keep his right hand free in order to defend her, but long gone are those days. All you need to know is that you're not occupying her space as she walks towards you.

When they meet or hold hands, you will want to walk around the guests and set your camera in the middle of the aisle. This gives you a clear shot of the wedding couple and the celebrant.
‍

Please be aware that some events will have a photographer or another videographer on location, and you want to work side by side with them while not interfering in their job. The middle of the aisle is a very common spot for videographers to set up a camera so make sure to choose a spot that works for both of you.

To guarantee a successful viewing experience for guests at home, you want to make sure that you’re getting great audio. Assuming there are speakers on location, your device should be capturing the audio. Cameras must have a microphone to get a decent audio recording, while smartphones usually have better built-in mics.

If the volume is too low to be picked up by your device, you will need either a shotgun or wireless microphone. The wireless mic can be placed on the celebrant, in between the couple, or next to one of the speakers. If you’re using a shotgun mic instead, make sure to have your device as close to the action as possible.
‍

Unless there are special events, you don’t need to move your streaming device during the ceremony. Some churches or temples allow you to position a camera behind the officiant, which is perfect for those occasions in which the couple is facing the back of the venue.

In every case, I’d only recommend walking around if you have a gimbal or a steady setup that isn’t too shaky as you move. The best setup for a scenario like this would be a smartphone mounted on top of a gimbal and tripod, which allows for free movement and stable video.

If there are readings, make sure to adjust your position to get the speaker in camera.

When the couple exchange vows you want to make sure that their faces are captured as they read or talk. For a two-camera setup this is easy, as you have to point one camera at each one of them. For a single camera, I’d hold the position in the middle of the aisle or behind the officiant, prioritizing the spot in which you can see their faces.

Once the vows are said and they exchanged rings, you want to pick up your recording device to follow them as they walk outside. You will be forced to clear the aisle while staying in front of them as much as possible.

As soon as they cross the end of the aisle you can turn around and capture the Recessional.

Some guests will approach the couple to congratulate them. This is good to have, but it’s more important to capture the bridal party as they exit the ceremony as you will have time to see them together a couple of minutes later.

Once the ceremony is over, it’s a perfect time to follow your streaming style and do what you promised to the couple. You can either use a microphone to record some of the closest family members saying a few words to the camera, or simply set your camera at a position in which you have an overview of the event.
‍

It is very important that if you placed a microphone on someone you go and remove it as soon as possible, as viewers at home will be able to hear everything that’s being said. The best solution is to mute that microphone from your receiver as soon as the ceremony ends, to avoid any issues. The second transmitter can remain active to capture ambient sound.

Depending on the streaming package you offered, you can capture the backstage of the newlywed’s photoshoot, first dances, speeches, or anything else. The best part about using EventLive for your event is that you’re able to pause and resume the live stream as many times as you need during the wedding day.

Any tips for a small or intimate wedding ceremony?

For a non-religious or symbolic ceremony, you can choose the same spot in the middle of the aisle, or, depending on the number of guests, you can position yourself at the very end of the guest chairs. This spot works particularly well for intimate or small ceremonies, as you will have the groom in clear sight as he waits for the arrival of the bride.

This particular location is perfect to avoid being in all the photographers' images.

When the processional starts, you need to point your camera or recording device down the aisle, towards the people walking and opposite the groom. As soon as the bride approaches the groom, you can walk around the ceremony and position yourself as close to them as possible.

If there’s a photographer or another videographer on location, you should respect the safe distance that they need to do their job. 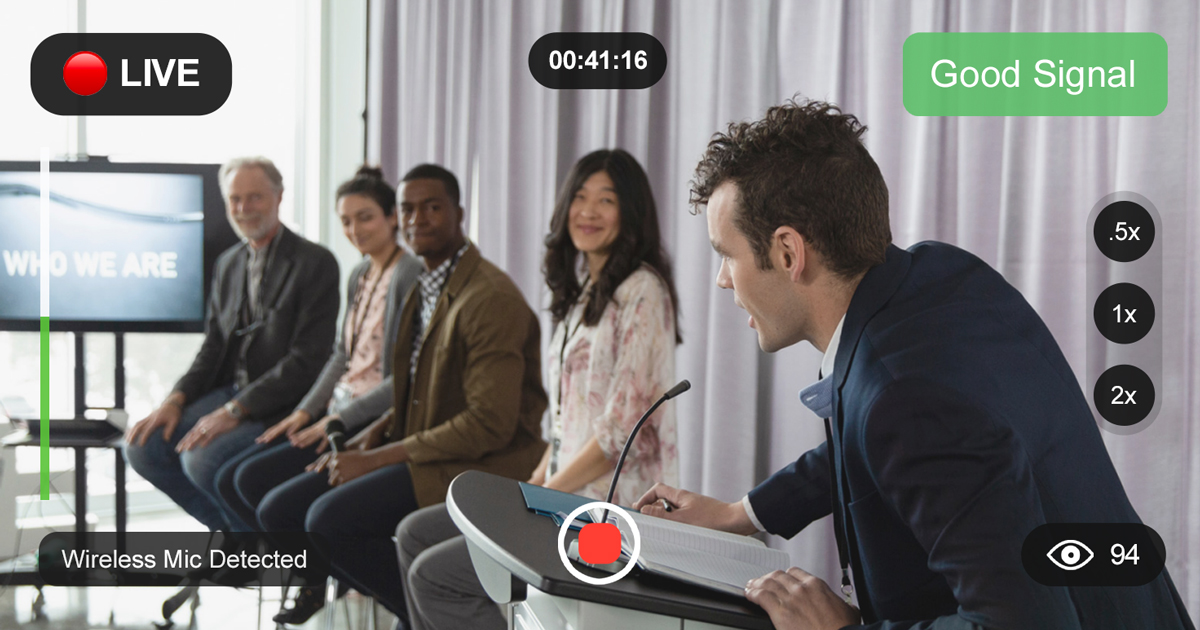 While trying to reach a larger audience or strengthen the impact of your message, live streaming your lecture, talk or discussion panel can help you get it done 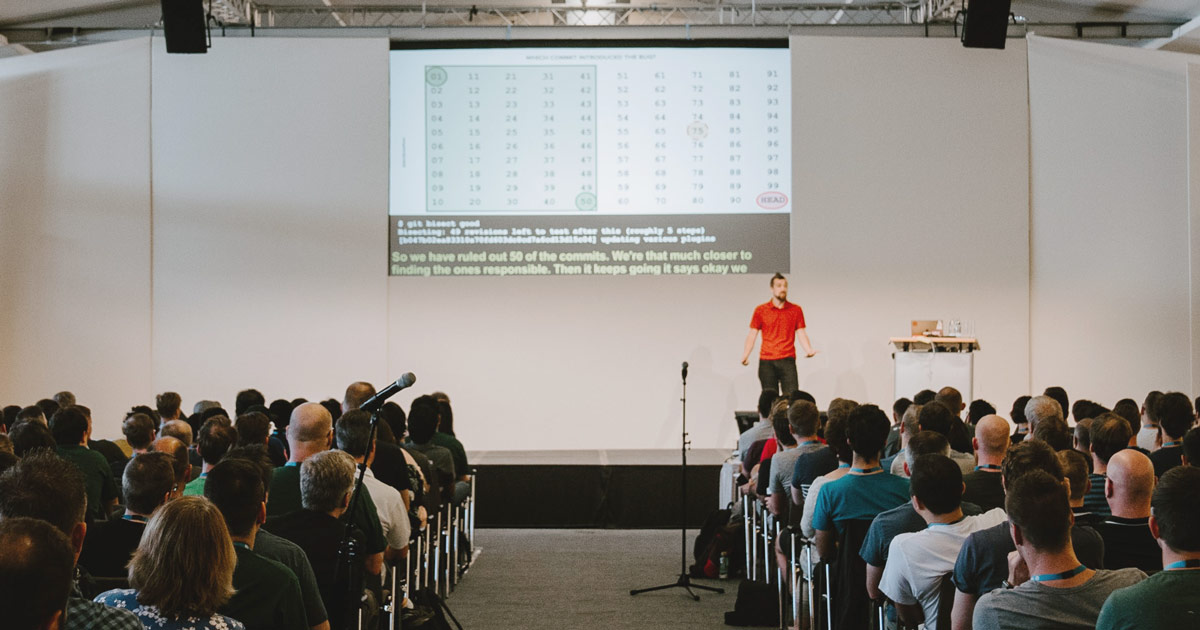 Live Stream Your Conference or Seminar Using a Smartphone or Tablet 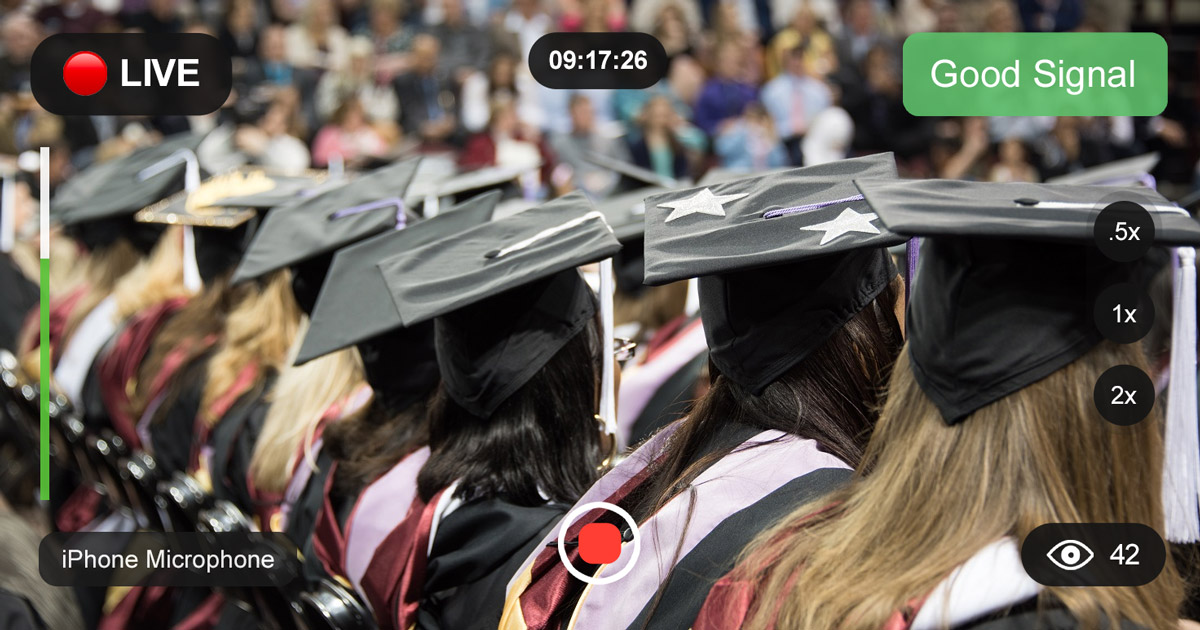 If you are wondering how to live stream a graduation ceremony on a budget, I will show you the tools and the step by step to go live using a smartphone.